Are Card Games Considered Board Games?

Many people don’t consider card games to be board games, but some can be! The main factor in deciding if a game is a board game or not is the use of a board.

A board game typically has a physical board with spaces or squares that players use to track their progress and positions during the game.

On the other hand, a card game uses cards as the primary game component. However, some card games also use a board.

For example, the popular game of Monopoly uses a physical board with spaces where players move their pieces around.

Cards primarily drive the game, but the board is essential to gameplay. Therefore, Monopoly can be classified as a card game and a board game.

Let’s take a look at some other examples.

The Difference Between Card Games and Board Games

The definition of a board game

A board game is any game that is played on a board. The board can be of any size or shape and is typically divided into squares or spaces. Players use various pieces, such as pawns, dice, or markers, to move around the board according to the game’s rules.

Board games can be played by two or more people and can range in complexity from simple children’s games to sophisticated strategy games.

Some popular examples of board games include chess, checkers, backgammon, and Monopoly.

While board games have been around for centuries, they continue to be a popular form of entertainment for people of all ages.

The definition of a card game

A card game is any game that uses playing cards as the primary device through which the game is played. Many card games exist, including families of related games.

A small number of card games played with traditional decks have standardized rules, but most are folk games whose rules vary by culture, and person. These games typically require a deck of cards and feature varying numbers of players.

The players may choose to form partnerships or play individually. Each player is dealt a hand of cards, and the game’s object is usually to win tricks, either by being the first to play all of your cards or forcing other players to exhaust their supplies.

Card games can be used for entertainment, education, or gambling. Some popular card games include poker, blackjack, and bridge.

Many children’s card games, such as Go Fish and Old Maid.

How card games are different from board games

Any seasoned gamer knows that there are many different types of games to choose from, each with its unique rules and strategy. Card and board games are two of the most popular genres, but they can differ in gameplay.

Board games tend to be more complex, with numerous pieces and a larger playing area. They also tend to have longer playing times, making them ideal for group settings.

On the other hand, card games are typically smaller and can be played with just a few players. They also tend to be less expensive than board games.

In terms of gameplay, board games often require players to move pieces around the board and make strategic decisions based on their position. Card games typically involve playing cards from a hand to achieve a specific goal.

While both types of games can be enjoyable, they offer different experiences that appeal to different kinds of gamers.

Specific card games that can be considered board games

While most people think of board games as games on a physical board, many card games can also be considered board games.

One popular example is the game Go Fish, which can be played with multiple players on a board or with just a few cards. In addition to traditional card games, many modern board games use cards as their primary playing pieces.

The popular game Settlers of Catan is one example of players using cards to collect resources and build settlements.

Card-based board games offer a unique blend of strategic planning and chance, making them some of the most popular.

Whether you’re looking for a fast-paced game or one that requires more thought, a card-based board game is sure to be right for you.

Tabletop card games have been around for centuries, and their popularity shows no signs of waning. Whether a game of poker or blackjack, these games are typically played with a deck of cards and a group of friends.

Digital card games, on the other hand, are a relatively new phenomenon. These games are played online against other players or against computer-controlled opponents.

While there are many similarities between tabletop and digital card games, there are also some key differences. One of the most notable differences is the pace of play.

Tabletop card games can often be slow and deliberate, while digital games are typically much faster-paced. Another difference is the level of interaction between players. In a tabletop game, players can directly interact with one another through verbal communication and body language.

In a digital game, players can only interact indirectly through the game itself. Despite these differences, tabletop and digital card games can be exciting and enjoyable experiences.

Type of game and if it matters

Card and board games are both popular forms of entertainment, but they differ in several ways. One noticeable difference is the type of game pieces used: cards versus game boards, tokens, and pieces.

But another important distinction is how players interact with the game pieces. For example, in a card game, players typically hold their cards in their hands, often hidden from other players, and play them one at a time.

On the other hand, board games involve all players making moves simultaneously and usually have all of the game pieces visible to everyone. This difference can affect the level of strategy and planning involved in each type of game.

Card games tend to be more adrenaline-paced and require split-second decisions, while board games are usually more thoughtful and methodical.

Whether you prefer one type of game over the other depends on personal preference.

Benefits of playing card games vs. board games

Board games and card games both offer unique benefits that can make them enjoyable for different types of people.

Both games can offer a good deal of entertainment value, but it comes down to personal preference.

Some people prefer the challenge of a board game, while others find the fast-paced nature of a card game more appealing.

Ultimately, it is up to the individual to decide which type of game is more enjoyable.

Now that you know the critical differences between card games and board games, you can decide which type of game is right for you.

A card game might be your best bet if you’re looking for a quick and easy diversion.

But if you want something that will provide a more immersive experience, a board game is probably what you’re looking for.

Ultimately, it is up to the individual to decide which type of game is more enjoyable.

So, whether you prefer the fast-paced action of a card game or the slow and steady strategy of a board game, there is sure to be a game out there that’s perfect for you. 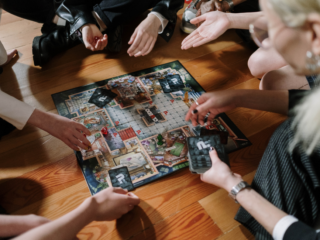 What are The Best Competitive Board Games?
← Read Last Post 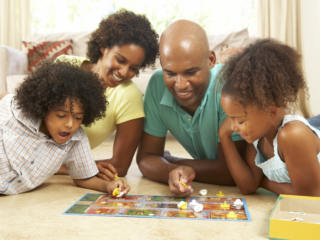