How Does Monopoly Work?

Home » How Does Monopoly Work?

Monopoly is a board game in which players roll two six-sided dice to move around the game board, buying and trading properties and developing them with houses and hotels.

Since it was first brought to the public’s attention in the early 20th century, the game has been enjoyed by millions upon millions of people.

The board game known as “Monopoly” is now manufactured by the company known as “Hasbro,” and there are now many different game variations available.

These variations include special editions of the game for various nations and cities. In this article, we will discuss the fundamentals of the board game Monopoly.

The history of Monopoly

Monopoly is one of the most popular board games in the world. Players buy, sell, and trade properties while avoiding going bankrupt.

The game is based on the real-world economic principles of supply and demand, taxation, and monopolies. Monopoly was first created in 1903 by Lizzie Magie to teach these concepts to her students.

Magie was inspired by the economic theories of Henry George, who believed that tax reform could help to reduce poverty and inequality.

Over the years, Monopoly has been updated to reflect changing economic conditions, but the core gameplay remains the same.

Millions of people have enjoyed playing the game, and it continues to be one of the best-selling board games of all time.

How to play Monopoly

Monopoly is a board game that has been around for over 100 years. The game’s objective is to become the wealthiest player by buying, renting, and trading properties using play money.

Players take turns rolling two dice and moving their pieces around the board. When they land on a property, they can buy it or trade it with other players.

If another player lands on their property, they must pay rent. The game ends when one player goes bankrupt, and the other players determine who has the most money.

Everyone of any age can have a good time playing Monopoly because it’s such a fun game.

The different pieces and their purposes

In Monopoly, money is used to purchase property, build houses and hotels, and pay fines and taxes. Players receive a certain amount of money at the beginning of the game and can earn more by passing GO, collecting rent, or selling property.

The purpose of money in Monopoly is to provide a way for players to keep track of their assets and income. Having money in the game allows players to buy property, build houses and hotels, and pay fines and taxes.

Players can also use the money to bet on card games and chance games. The player with the most money at the end of the game is the winner.

Money is an essential part of Monopoly because it provides a way for players to keep track of their progress in the game.

The game is all about making money, and one of the key aspects of the play is managing one’s finances wisely. This is where the use of tokens comes in.

Tokens represent cash in the game, and they come in different denominations ranging from one to five thousand dollars.

Players can use tokens to buy property, pay rent, or cover any other expenses that might come up during play.

By wisely managing their tokens, players can ensure that they have enough money to cover their costs and still have some leftovers for winning the game.

Token management is, therefore, an essential skill for any would-be Monopoly champion.

The game board is an essential part of the Monopoly experience, and it is what makes the game so much fun to play. The game board itself represents a city, with different colors corresponding to different price ranges.

The purpose of the game board is to provide a space for players to interact with one another and make strategic decisions about their gameplay.

Players can use the game board to plan their moves, keep track of their opponents, and make deals with one another.

The game board is also where players will find all of the information they need to know about the game, including the rules, the different property spaces, and the various Chance and Community Chest cards.

The Chance cards are an essential part of the Monopoly game. They can help you get ahead, or they can be used to set you back.

For example, one Chance card reads, “Go back three spaces.” Suppose you land on this space. This can be helpful if you are trying to avoid going to jail, or it can be harmful if you try to get to your desired space on the board.

In Monopoly, Community Chest cards are used to simulate random events that can either help or hinder a player’s progress. Each card has a specific instruction, such as “You have been elected chairman of the board.

Pay each player $50,” or “Advance to Go.” While some of these events may be positive, such as receiving a windfall of cash, others may be negative, such as being sent to jail.

In either case, the effects of the Community Chest cards are often unpredictable, adding an element of chance to the game.

While the Community Chest cards may seem like they simply add an element of luck to the game, they can actually be used strategically by savvy players.

How to win at Monopoly

If you want to come out on top in a game of Monopoly, one of the best things you can do is to monopolize the most important properties.

When other players land on your space, you are awarded a certain amount of money depending on the number of properties you own that belong to a particular color group.

In addition, it is essential to make an early attempt to acquire a monopoly; however, it is also beneficial to keep an eye on the board and make acquisitions of properties that, as the game progresses, will be able to be incorporated into a monopoly.

It is not sufficient to simply own all of the properties in a color group; you will also need to develop these properties by constructing homes and hotels.

Get out of jail free as often as possible

In Monopoly, players are given the option to be sent to jail. While being in jail can be seen as a hindrance, there are actually several benefits to spending time behind bars. For one, players are immune to any actions taken by other players while in jail.

This means that you can avoid being landed on by an opponent or taking your property away. Additionally, you get to roll again and potentially move ahead on the board if you roll doubles while in jail.

Finally, if you have the “Get Out of Jail Free” card, you can use it at any time to immediately leave jail without having to pay a fine.

Collect rent from other players

In Monopoly, players are required to pay rent when they land on properties owned by other players. There are a few different ways that rent can be collected.

The simplest method is for the player landing on the property to simply hand the money to the owner. However, this can sometimes lead to arguments about how much rent is owed.

To avoid this, players should use the rent card included with the game. This card lists the amount of rent owed for each type of property, so there is no room for debate.

Another way to collect rent is to use Monopoly money. This can be helpful if players do not have enough cash to pay the full amount of rent.

Make deals and trades with other players

Making deals and trades is an integral part of the game Monopoly. Doing so allows players to get the properties they want and need to win the game.

Deals and trades also help to prevent one player from having too much control over the board. However, there are a few things to keep in mind when making deals and trades with other players.

For example, if one player has a property that the other player needs to complete a set, that property will be more valuable in a trade.

Go for Boardwalk and Park Place

In Monopoly, there are three properties in the brown color group: Boardwalk, Park Place, and Pennsylvania Avenue.

These are some of the most expensive properties in the game, and they can be tough to acquire. However, owning all three of them can be a powerful strategy.

Boardwalk and Park Place are adjacent, so owning both of them gives you a monopoly on that part of the board.

Pennsylvania Avenue is also a valuable property, but it’s worth less than the other two because it’s not as close to them. If you can buy all three of these properties, you’ll have a significant advantage over your opponents.

Monopoly is a game that has been around for over 100 years. The game’s basic premise is to become the richest player by acquiring property and collecting rent from other players.

While many different strategies can be used to win the game of Monopoly, the above tips are an excellent place to start.

Remember, the game’s goal is to become the richest player by acquiring property and collecting rent from other players. 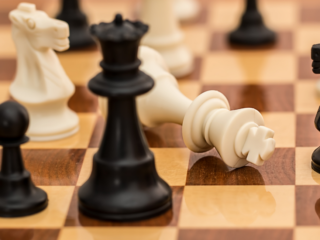 What are The Rules of Chess?
← Read Last Post 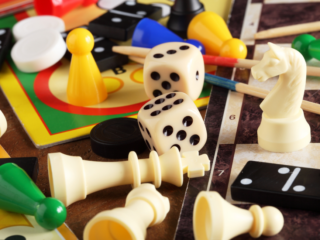 What are The Best Board Games of All Time?
Read Next Post →