What are The Best Competitive Board Games?

Home » What are The Best Competitive Board Games?

For many, board games can help them relax and have fun with friends and family. But for some, board games are serious competition.

These people take board gaming very seriously and love nothing more than to beat their opponents at whatever game they’re playing.

Many board games can be competitive, but some are more suited to competition than others.

People who are serious about board gaming will often have a few favorite competitive games that they love to play.

Board games can be a great way to test your skills against others and see who comes out on top. So, if you’re looking for some good competitive board games to play, here are the best.

Agricola is an internationally acclaimed strategy board game that pits players against each other as farmers trying to grow their families to wealth and prosperity.

With expansion packs, Agricola is a game that will provide hours of fun and excitement. Players must plow their fields, grow vegetables, raise livestock, and reap the best harvest possible.

However, they must be careful not to run out of grain or other food items, resulting in deducting points. The player with the most points at the end of the game is the winner.

This economic mechanism game is perfect for those who enjoy a challenge.

Brass: Lancashire is an exciting board game that lets you experience the thrill of competition during the Industrial Revolution.

You’ll take on the role of an entrepreneur fighting for control of the market.

With each venture, you’ll inch closer to becoming the most influential mogul in Lancashire. But beware- the competition is fierce, and only the shrewdest businessmen will win.

3: Through the Ages: A New Story of Civilization

Through the Ages: A New Story of Civilization is a captivating board game that allows players to experience the different ages of civilization. With a small tribe, players must expand their farms and mines while building cities and great wonders.

Each player must find wise leaders to help them achieve greatness while strengthening their army to protect against attacks.

The game’s goal is to create the strongest economy and military while keeping citizens happy and healthy.

With many factions of society that players need to balance, Through the Ages: A New Story of Civilization is an excellent challenge for all who play.

Reign over the galaxy with an iron fist in Twilight Imperium! This expansive strategy board game has everything you need to conquer your foes and take control of the empire.

With over 1,000 components, there’s high replayability; the competition will be different with each play. As a result, there are endless possibilities for galactic domination.

Choose from 17 unique civilizations, each with its strengths and abilities. Then, build alliances, make deals, and do whatever it takes to come out on top.

With so much at stake, only the shrewdest leader will be able to claim the title of Emperor!

In this strategy game, players compete to earn money through electric power. There are multiple ways to accomplish this, including coal, oil, nuclear power, and even burning garbage!

Players will need to build the best power plants and create a network of energy distribution to be named the most powerful and win the game!

The updated version is as fun as the classic, but the new edition has a few additions that make the game even better!

So gather your friends and see who comes out on top in Power Grid Recharged! You may be surprised at who understands the electric power industry best.

Do you have what it takes to be the best settler of Catan? Find out in this classic competitive board game that has players all over the world hooked.

Catan can be enjoyed by many ages and experience levels, making it the perfect game for any game night. On the isle of Catan, players must trade, build, and settle to win.

You’ll need to monitor your resources and opponents closely with many different tasks to complete, like building roads, settlements, cities, and trading.

Catan is a fantastic competitive board game that keeps you hooked for hours. Many expansions are also available to keep the game fresh and exciting.

Who doesn’t love a little bit of competition? If you’re the type who lives for a challenge, then you need to check out Twilight Struggle.

This board game is set during the Cold War and challenges players to compete for influence and control over the USSR and the USA.

This game is full of surprises with event cards that can change the course of history, like the Cuban Missile Crisis and the Space Race.

It’s also a quick play, so you can get in a few rounds without being glued to the table all day.

So if you’re looking for a historical simulation game that will keep you on your toes, Twilight Struggle is a perfect choice.

Terraforming Mars is a game in which players compete to terraform the planet Mars. The game is set in the 2400s, when mankind begins to terraform Mars.

Players take on the role of giant corporations that are sponsored by the world government on Earth. They must work together to raise the temperature, oxygen level, and ocean coverage of Mars so that it is habitable.

However, they must also compete with each other for victory points. These points are awarded for completing tasks such as introducing plant life or animals, hurling asteroids at the surface, building cities, and establishing greenhouse gas industries.

The players acquire unique project cards that allow them to do these things. The player who acquires the most victory points wins the game!

It’s time to challenge your mind with the classic game of Chess! This board game is a timeless test of strategy and skills, perfect for players of all ages.

Take turns to try to capture, attack, and defend your position in a battle of wits against your opponent.

With so many possible moves, Chess is a game you can spend hours playing and never get bored. It also makes an excellent gift for anyone who loves a good challenge.

So whether you’re a seasoned pro or just starting, step up to the chessboard and see if you have what it takes to come out on top!

Xiangqi, also known as Chinese Chess, is a classic board game that has been played for centuries. Originally developed during the 4th century BC, Xiangqi is a competitive game that requires strategy and careful planning to defeat opponents.

Despite its age, Xiangqi remains popular among gamers and is ideal for anyone interested in board games. Xiangqi is played on a board divided into two territories by a river.

Each player has pieces that include soldiers, elephants, horses, cannons, chariots, and advisors. The goal of the game is to capture the opponent’s General.

Players must move their pieces around the board, using planning to outwit their opponents.

Now that you know about the best competitive board games, it’s time to gather your friends and family and start playing!

Many of these games can also be expanded with expansion packs, so you can keep the fun going for hours on end.

Plus, with games like Chess, you can challenge yourself and improve your skills. So, get ready for hours of fun and excitement as you battle it out to come out on top.

Who knows, you might even find your new favorite game. If you’re looking for a competitive board game, look no further than these ten great options!

How to Teach Your Kids to Play Chess?
← Read Last Post 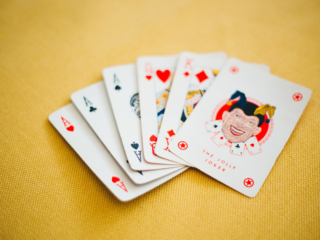 Are Card Games Considered Board Games?
Read Next Post →