Become a Hero With These Superhero Board Games

Home » Become a Hero With These Superhero Board Games

The world of board games has evolved, and there are now plenty of options for superhero fans to enjoy. You don’t have to just play “common” games. You can play games that are about you, the hero of your story. Here is a list of our top picks for superhero board games!

Join DC’s heroes and villains as they compete to see who can get 5 in a row. There are many cubes and a lot of characters, including legendary characters like Superman, Batman, and The Joker.

Push through the cubes one at a time. The goal is to line up five of the same DC character horizontally, vertically, or diagonally. The game isn’t done yet; will your opponent be able to out-Top Trump you in the last moments? They win the game if they match their Top Trumps card with the winning DC character! This game is excellent for memory development. It comes in a convenient all-in-one package that you can carry everywhere – from Gotham City to Metropolis!

Outnumbered: Improbable Heroes is a math-based cooperative strategy game in which you must join forces to defeat evil. Absolute Zero and his henchmen are on the loose in Megatropolis, attempting to seize the powerful Infinity Generator!

Gather your team and collaborate to plan out your attack order. As armies of Villains advance, you must utilize your math abilities and special Hero Abilities to hit target numbers and repel your enemy and his henchmen. Overcome their counterattacks and restore order to the world!

Marvel Cinematic Universe superheroes and villains are hand-sculpted and hand-painted in this collectible chess set. Iron Man serves as King, Captain Marvel as Queen, Black Widow, and Captain America serves as Bishops, Spider-Man and Black Panther serve as Knights, Hulk and Thor serve as Rooks, and S.H.I.E.L.D serve as Pawns.

Thanos serves as King, Hella as Queen, Kingpin and Red Skull serve as Bishops, Killmonger and Venom serve as Knights, Loki and Ultron serve as Rooks, and HYDRA serves as Pawns. 32 Custom Movers, 1 Game Board, 1 Chess Mover Reference Sheet, and Rules are included.

In the DC Deck-Building Game, you play as Batman, Superman, or one of their brave and heroic buddies in the fight against the forces of Super-Villainy! While you begin with only basic combat techniques, you will gradually add new, more powerful cards to your deck to defeat as many of the DC Super-Villains as possible. The game is won by the person who has amassed the most Victory Points from the cards in their deck!

Players in One Night Ultimate Super Heroes take on the roles of heroes and villains, each with incredible superpowers. Rapscallion, Dr. Peeker, and Henchman #7 are determined to get away with their crimes. Meanwhile, the Super Club Of Overt Powers (SCOOP), which includes Ricochet Rhino, Self-Awareness Girl, Detector, Role Retreiver, and Switcheroo, is out to thwart them.

The Mad Scientist and his Intern, on the other hand, have their agenda. And Family Man, who will go to any length to protect his family, even if it means letting the bad guys go away! Super Heroes is based on the best-selling One Night Ultimate Werewolf series, but with a completely different style and a distinct set of roles that allows participants to immerse themselves in this super-powered adventure instantly.

The Marvel Universe’s superheroes take over Grandeur! The popular board game is back in a new incarnation.

To win, collect the Infinity gems, recruit heroes and villains, and claim the Gauntlet!

Wonder Forge Marvel I Can Do That! Game

Being a superhero entails taking on problems with a positive attitude! You will learn how to do good stuff with your superpowers in this game by completing astonishing feats of expertise! You may be called out at any time to put your training to the test by confronting the nasty green Goblin! Have fun exploring all the new things you can do.

Each player in the DC Comics Deck-building Game: Heroes Unite assumes the character of a SuperHero, such as Shazam! Sometimes, Hawkman. Your SuperHero has a special ability that will help you plan your strategy throughout the game.

Each player begins with his or her own basic 10-card deck and draws a 5-card hand each turn. This is a game about superheroes. It is a sequel to the DC Comics Deck-building Game. Play Heroes United by itself or in conjunction with the original for an epic battle.

Superhero board games are a great way to get your kids or friends together for some fun competition. They can be played with a couple of people or in big groups who like the superhero theme! If you want something new and exciting to do on game night or want a family activity that will keep everyone entertained, the above are some great options to try. 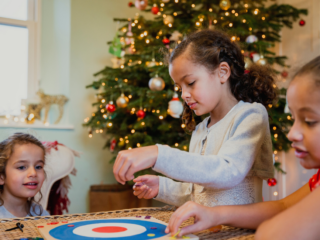 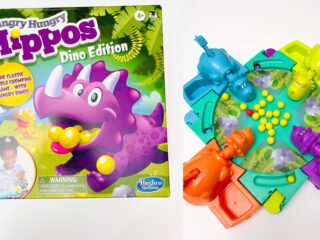 Hungry Hungry Hippos Dino Is The Roarsome Edition We've Been Waiting For
Read Next Post →
Click here to cancel reply.