How to Play The Spontuneous Game That Gets Everyone Singing

Home » How to Play The Spontuneous Game That Gets Everyone Singing

Music board games are super fun and interactive for the whole family to play! Even if you can’t carry a tune, you’re guaranteed lots of laughs while trying! One of our more recent favorite music board games is called Spontuneous. Check out our full review below!

With Spontuneous, it’s as easy as hearing a word and spontaneously breaking into song. There are only a few guidelines to follow. On their Hit List, each player keeps a list of Trigger Words. You flip the timer and reveal a word from your list when it’s your turn. Each round, the player who sings at least five words from any song that contains the Trigger Word advances one space. Always be on the lookout for any hidden musical challenge spaces on the board.

Spontuneous is manufactured by Spontuneous Games, Inc (Funventors). It is recommended to play with 4-10 players of the ages of 8+ and although it says 4-10 players, we found that it was still fun with 3. The box states that it takes about 30 mins to play which was about right.

What’s inside the game?

There are 7 different kinds of things inside the box including the Spontuneous game board, 10 players pawns used for each player to mark where they are on the board, 52 Spontuneous cards which are used if a player lands on a Spontuneous Clef (more on that later), a 15-second egg-timer that each player uses when their go comes around, a pad of Hit-List sheets along with 4 pencils, 2 dice for each player to roll, and finally 1 Spontuneous rules sheet.

How do you play Spontuneous?

This is a game about song lyrics. Each player writes down 3-5 trigger-words on their Hit-List. These are words that are contained in songs they know. The aim of the game is to have words that other players couldn’t place in a song so when you read out your trigger-word, others won’t recognize it within the short timer provided, meaning you can sing it and advance on the board.

The board is in the shape of a treble clef divided into squares. The winner is the first player to get to the last square. Certain squares trigger players to pick up a Spontuneous card and do whatever it says on the card.

What are the Spontuneous rules?

The rules of this game are pretty simple. To start off, everyone has to roll the dice and the player with the highest roll starts. At the start of a turn, a player becomes known as the “Tunesmith” and announces their trigger-word as they flip the 15-second timer.

Everyone else then has to think of a song containing that word and sing at least five words from it, one of them being the trigger-word. The song has to be a real song – not something made up and actually have to sing it instead of just mumbling or saying the words! The first player to come up with a song and sing it gets to roll the dice and move forward that number of spaces.

Spontuneous cards have to be picked up if a player lands on a mini clef on the game board. They have different tasks on them and a player has to do whatever that specific task is.

Some of these tasks are pretty drastic, one player was about to win but had to switch with the last player, while another had to do the chicken dance! It’s essentially a race and the winner has to get to the very end of the treble clef first.

Who would enjoy playing this music-themed board game?

This game is great for people who like songs, or just like to have a good laugh. It would be perfect to bring to a family gathering or just to be played when hanging out with friends. It would also make a great party game.

I really liked that you don’t need any talent or skill for this game other than just knowing songs! I also liked that it doesn’t have a ton of parts or take ages to set up and that it gives you a good laugh.

One thing I would improve is that there were different types of mini treble clefs that would trigger types of tasks that would make the game more interesting and might keep us on our toes.

Overall, Spontuneous was an extremely enjoyable game and I would definitely play it again or recommend it to people looking for new board games 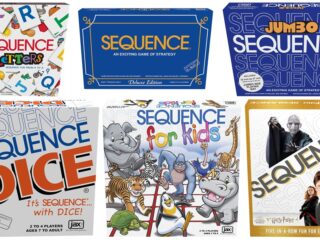 The Best SEQUENCE Board Games for Kids
← Read Last Post 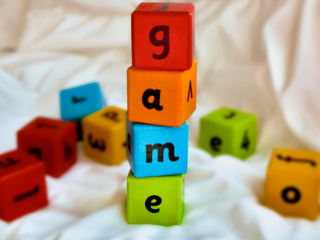