National Lampoon’s Christmas Vacation Board Game – How To Play

Home » National Lampoon’s Christmas Vacation Board Game – How To Play

Fans of National Lampoon’s Christmas Vacation movie will love playing this themed board game based on this popular and classic movie series.

National Lampoon’s Christmas Vacation Twinkling Lights Game is recommended to be played by 2-4 players of the ages 8 and up. It was manufactured by Funko Games and although it doesn’t say how long it takes to play on the box, we found that it takes about 20 minutes including reading the instructions and setting up.

What is inside the Christmas Vacation board game?

Inside the game box, there are 10 red cards, 4 green cards, 35 light tiles, and one set of instructions. The red cards each have three different colored light bulbs as well as an illustration and quote from the movie. The green cards are the same as the red, but have 4 light bulbs instead of 3 and the light tiles each have 2 different colored lights and wires on them

How do you play National Lampoon’s Christmas Vacation board game?

The way you play is that each player starts off with 2 red cards and one green card. Then, you put 2 of the light tiles in the middle of everyone and the youngest player goes first. Stack the rest of the light tiles in a spot accessible to all players. That first person will pick one light tile from the pile and connect it to one of the others, making a pattern in the order of one of your cards. After they go, the next does and the winner is the first person to make the color patterns from all three cards.

What are the Christmas Vacation game rules?

Light tiles with a plus in the corner:

If you pick up a light tile that has a plus in the corner, that just means that you are able to place that card on top of any other of your choice.

Light tiles with a broken wire:

If your light tile has a broken wire instead of a second light bulb, you can either choose to play it yourself, or if someone else doesn’t have one, you can give it to them instead. If you give it to them, you get to pick up another tile and play that one instead. The person you give the broken wire tile to has to play it on their next go instead of picking up a different one. There’s nothing that happens if you do play it, it’s just better to give it to someone else as you only have one bulb choice instead of 2. It also ends a circuit so if someone was making a pattern but still needed to add another bulb but the broken wire is there, they now can’t do that pattern right there anymore.

The way you win in National Lampoon’s Christmas Vacation is just if you’re the first person to score (make the patterns) on all three of your pattern cards. If you run out of light tiles before anyone has won the game, the person who’s scored the most pattern cards wins, and if there’s a tie, the player who has scored a 4-pattern card wins. If it’s still a tie as both players have scored a 4-pattern card, then the game ends in a draw between those 2 players.

Who would enjoy playing this game?

This board game is good for people who loved the movie “National Lampoon’s Christmas Vacation” and for people who love Christmas games. There are no skills needed for this game other than just to be able to see patterns easily, making it easy for most people. Although Funko Games recommend for it to be played by people ages 8 and up, I think it could be played by kids as young as 5 or 6 since all they have to do is make the patterns of the light bulbs that they see on their red and green game cards.

Are there any fun learning incentives to this game?

No, there aren’t really any learning benefits to the game except for needing concentration skills to be able to see where you could place your light tiles with the others in order to make the patterns that are on your game cards.

What we loved about the game.

The thing we liked about this game is it’s small and in a very sturdy box, so it’s easy to transport if you wanted to take it somewhere or on vacation with you. We also liked that once you get the hang of the game, it’s really easy and simple to play.

What would we improve?

The instructions were very complicated and hard to understand, so we would definitely change those to make the rules more clear. As well the game itself lacked pizzaz and may seem boring to some, so we would suggest adding segments to make it more fun and engaging. 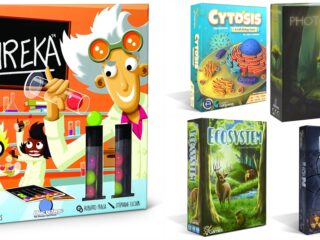 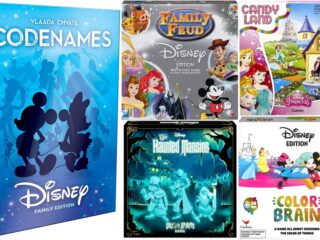