This Halloween, get ready to play the ultimate trick on your friends and family with Hocus Pocus Board Game. The game is based on the 1993 Disney movie about a group of kids who accidentally free three evil witches from their prison in Salem, Massachusetts. It’s up to them to make sure that they don’t complete their spellbook before it’s too late!

The Game, which was thoughtfully designed, stimulates playful development. Players collaborate in this cooperative card game to safeguard Salem’s children and prevent the Sanderson sisters from completing their evil brew before the sun rises. Add potion ingredients to the cauldron and try to match all of the colors or components. Binx will assist you, while Winifred, Mary, and Sarah will cast spells to impede your intentions. Use tactics like Burning Rain of Death and Billy Butcherson to assist you on your journey!

The Objective of this Collaborative Game

The object of the game is to move all four witches from their home base to one side. If this happens, you win!

About Hocus Pocus Board Game

A Bundle of Hocus Pocus — In this cooperative card game, players must work together to safeguard Salem’s children and prevent the Sanderson sisters from finishing their evil brew before the sun rises. Add potion ingredients to the cauldron and try to match all of the colors or components. Binx will assist you, while Winifred, Mary, and Sarah will cast spells to impede your intentions. Use tactics like Burning Rain of Death and Billy Butcherson to assist you on your mission!

Ideal for Hocus Pocus fans and families. Whether you’re playing with a team of Hocus Pocus enthusiasts, vintage board gamers, or your family, Disney Hocus Pocus is the ideal game. The Game is also ideal for any game night event and makes a terrific Hocus Pocus fan gift!

If you love Disney and Halloween make sure to check out Disney The Haunted Mansion board game!

Features of Hocus Pocus Board Game

Each game includes a cauldron board, 50 Ingredient cards, a Witch board, 13 Spell cards, a Sun token, four trick tokens (shaped like skulls), a rulebook, and one black cat Binx meeple. All of the components are made out of high quality materials so they won’t break or wear down with time.

The Game Board — The board is a cauldron, which should be exciting for those who are familiar with the movie! On the side of the cauldron there are five spaces where you can place different cards to move your witches around as they complete their potion. There’s also a spinner that tells players how many spaces they’ll be able to move.

Benefits of Hocus Pocus Board Game

How to Play the Game

A must-have for any family with children aged 8 and up, especially if you enjoy the film. The goal is to work together to destroy the Sanderson Sisters’ concoction three times so that the sun appears on the witches’ board. You each change the concoction in the cauldron until you can stun a witch. Their power, however, stops you from sharing your hand, so you must instead ask each other questions.

Such as, “Do you have any color cards?” – Only asking if they have a specific color.

“Do you have any oil?” -Only inquire if they have a specific component.

So one player poses a question, and other players respond with a yes or no. The person who posed the question then discards one card and picks up a new ingredient card. You take turns doing this until one of the witches is stunned. When you obtain a specific set, it will stun a specific witch, and the sun will rise sooner. The Sanderson Sisters win if you run out of ingredient cards before the sun rises (after three rounds). Other additions/changes to the game include spell cards, Binx mover, and trick tokens.

RULES OF THE GAME

The Hocus Pocus Board Game is a fun board game for Halloween! The game has a Global rating of 4.6 out of 5.

Hocus Pocus Board Game is a game that can be played with up to six players who work together as witches in order to win. The Sanderson Sisters have turned children into black cats, and it’s the witches’ job to catch them! This board game is perfect for Halloween fun. Enjoy and Happy Halloween! 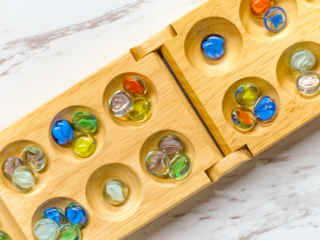 How To Play Mancala: The Legendary Game
← Read Last Post 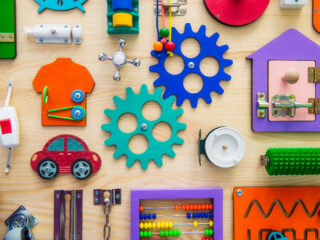 12 Fun Board Games For 3 Year Olds
Read Next Post →